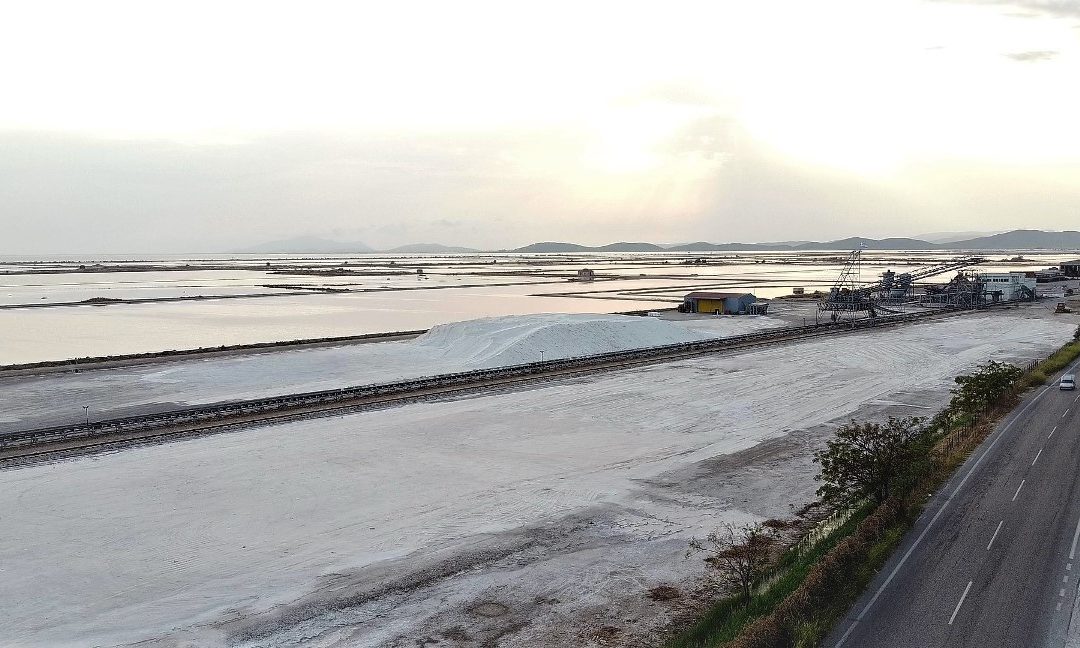 Salt has played a crucial role in the history of civilization, enabling food to be preserved over the winters until the modern miracles of refrigeration and preservation.

This is no less true in Greece, where the salt used in antiquity likely came from the salt flats in Messolonghi.

According to ancient sources, salt was even used in the slave trade in antiquity. It is even said that the ancient expression “not worth his salt” came from this practice.

Also, in ancient times, most civilizations had myths religious and magic rites involving salt — and Greece was no exception.

With tales of its usage during sacrifices and religious rituals, the history of salt is as exotic as is the amazing alykes (salt flats), or salt marsh gardens, that extend for miles on end in Messolonghi, Greece.

The unique landscape of the Messolonghi Lagoon, the largest lagoon in the country, is otherworldly, and the region is said to produce 60 percent of the country’s salt. In fact, the Messolonghi–Aetoliko lagoon system is considered to be one of the most important Mediterranean lagoons.

Along the coastal road from Messolonghi towards Aetoliko are the salt lakes known as Alykes of Messolonghi.

They are especially eye-catching as one can see enormous squared-off fields filled with sea water; once the water evaporates, the sea salt is left behind to be collected.

The salt comes from the Mediterranean Sea, of course, which is one of the saltiest seas in the world.

The Mediterranean Sea has very high salinity – 38 ppt (parts per trillion), or more in some areas. It is almost closed off from the Atlantic Ocean, and there is three times more evaporation than there is rain or freshwater flowing into it from rivers.

The salt flat phenomenon in Messolonghi provides an amazing view along the way to the small town of Aetoliko, with flocks of flamingos basking and feeding in the nutrient rich marshes and bright white salt pyramids lining the drive.

The fantastic ecosystem of the region is evident upon arrival in Aetoliko which encompasses the small island that separates the two lagoons.

Famous for hosting rare birds and fish species, the lagoons are breathtaking, and are dotted with traditional fishing huts built over the water on piles of wood.

The drive to the Troulida islet is one of the most sought-after trips in the area, as the sun sets and reflects off the still waters of the lagoon.