Greek Tzatziki and its History 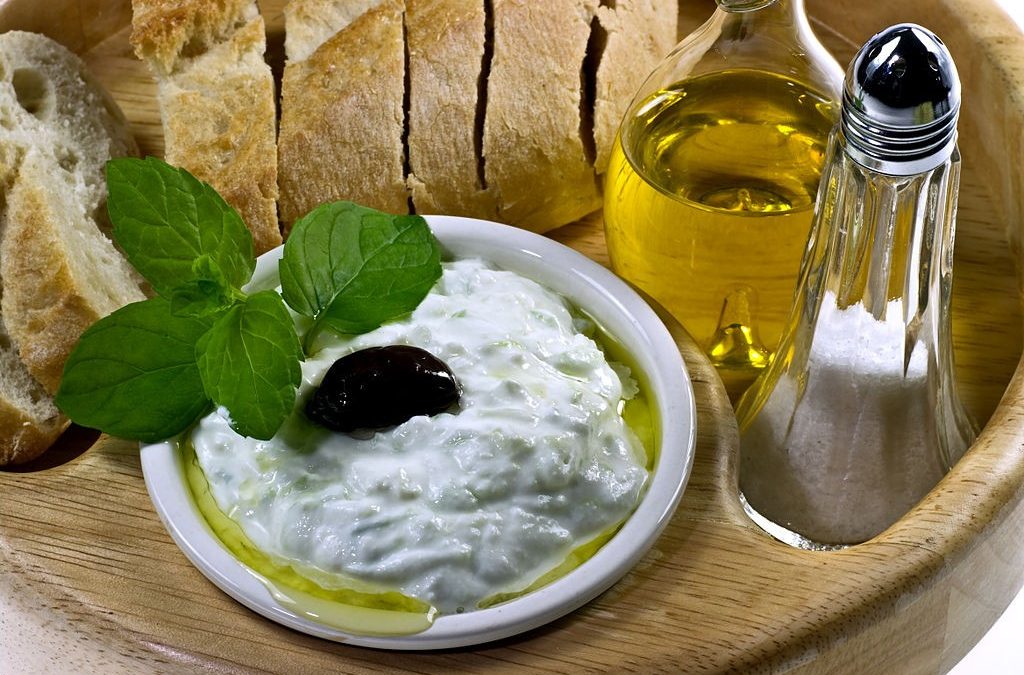 People call it a dip, salad, paste, sauce; they say the name is Turkish, Persian… plenty wrote about it philosophizing, searching for its origin, from India to N. Africa and the Balkans!

The whole world has talked about it; food writers have voiced their opinions, and even had arguments over it… all for a simple “dip”. You can find more than 80 different recipes on the net. Does anyone really care?

Tzatziki is Greek, no other country can claim the most famous Greek food in the world (it’s a few centuries older than Greek Mousaka)!!!

The Ottoman Empire, ruled over Greece from the 16th century until World War 1. During this period, it was mandatory to give Turkish names to all Greek foods; hence many Greek dishes still have names of Turkish origin. That’s all; the rest is just small talk.

Tzatziki made Greek yogurt famous, and gave life to the tasteless cucumber. More garlic is used in Greece to make Tzatziki, than any other dish in our cuisine. There is no order given in a restaurant without saying “vale kai ena tzatzikaki”. There would be no gyros without it, no fried zucchini and no lamb on the spit without a side order of TZATZIKI. Gourmet restaurants have made it into a “foam” or “ice cream”.

Recipe
-1lb (450grms… I never understood why they didn’t make it a round 500grms) of good thick strained full cream Greek yogurt, no substitutes (nonfat, less calories, light rubbish)
-The same weight in cucumber (1lb) you will be left with less than half after straining it.
-Garlic? As much as you like but my suggestion… not too much. Tzatziki is supposed to be adding freshness to our food, not the heavy burning sense of too much garlic.
-1tbsp of finely chopped fresh mint (dry if you don’t have it fresh, some like to use fresh dill as well)
-1oz (35ml) of good wine vinegar (again it’s a matter of taste)
-1.5oz (50ml) olive oil… or as much as you like!!
-1tsp fine sea salt
-Freshly grounded black pepper (to taste)
-Greek oregano (to taste)

-Wash the cucumbers and grate over a sieve, use the whole cucumber including the skin.
-Sprinkle with a little salt and let strain for about 30 minutes. Squeeze the remaining water out with your hand.
-Peel and crush the garlic cloves to a pulp.
-Wash, dry and finely chop the mint leaves.
-Add all ingredients in the yogurt, mix well, taste and adjust seasoning according to your taste.
-Place in a covered bowl, refrigerate for about an hour before serving (warm tzatziki is not pleasant).

Make a new one quick, only a pound will never be enough!!!