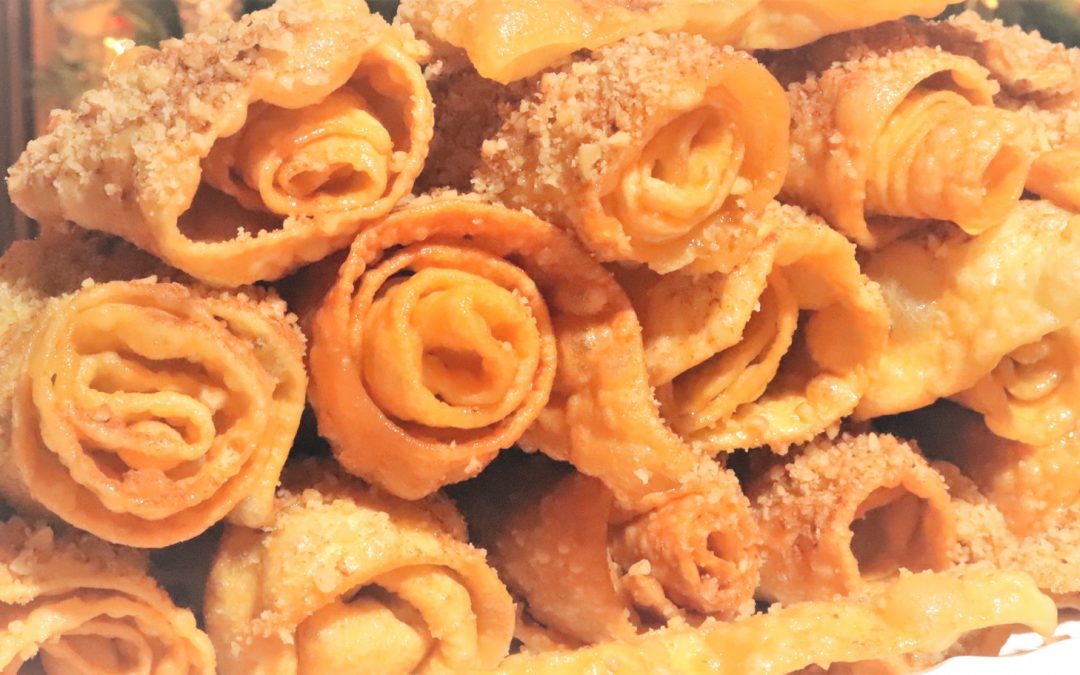 The honey dipped, crunchy, Thiples (folds), originate from the Peloponnese. It is a Greek dessert where its main ingredient is thin dough. Kalamata and Mani have a long tradition in Thiples. Their history gets lost back in time. It is said that when eggs were difficult to be found in Mani, women made the dough with only water and flour.

The dough is folded into various shapes, fried in hot oil and finally dipped in syrup. Traditionally, honey is used instead of syrup and they are flavored with cinnamon and topped with chopped walnuts. Thiples can have various shapes, but the most common are spirals, bows and flowers. Tradition wants Thiples to be the dessert that is usually served at weddings, engagements and baptism, but little by little the custom spread and became the Greek Christmas and New Year’s dessert.