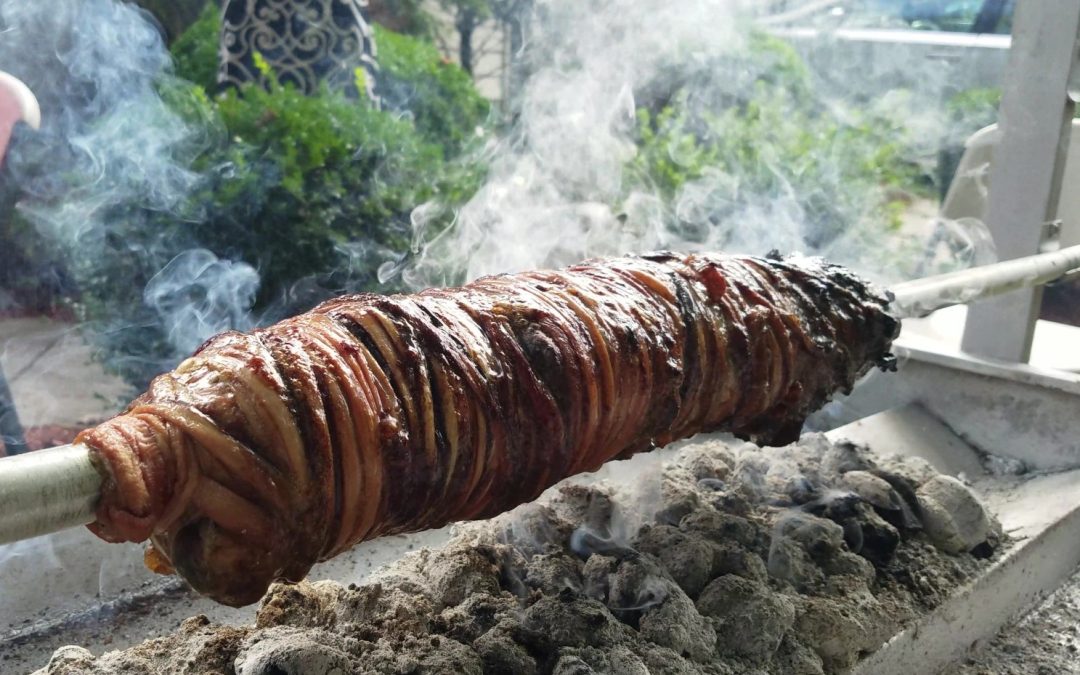 Kokoretsi was known to ancients Greeks, the “garduba” and the “plekti” (knitted), has reference to the Homeric epics. The method of preparation was not much different. To make kokoretsi, they used to marinate the intestines in vinegar, water and honey. Vinegar acted as an antiseptic and dehydrated the intestine from fats, while honey created a caramelized crust. While lamb or goat was roasting on the spit they dipped a branch of pine in juices of unripe grapes and unripe plums and brush the meat with it, giving it a special taste of fruit and resin.

Many claim the name “kokoretsi” as far back as the Byzantine times, the Albanians, Bulgarians and Turks with different meanings and dialects. Today, very popular in the Turkish and Greek local cuisines. It used to be a Greek Easter dish but now you can find it almost in every Greek Taverna or grill-house the whole year.

I would like to express my own theory as to the creation of the ancient Greek dish “Plekti”.

Many sacrifices took places in ancient Greece. The reasons were firstly to ask Gods for favors and secondly to please them. The blood of the sacrificed animal was poured on the ground; the meat was then cooked and divided for consumption among the people present to the ceremony. The offal will burn on the fire because the burning of the fat and part of offal gave a wonderful odor that pleased the Gods. I believe that the people that came late to the ceremony, found the left over offal very tasty and so they started to wrap them with the intestines (plekti – knitted) on a spit, creating one the most tasty “mezze” of all times. Even today, when the kokoretsi cooks over the fire, fills the air with “God’s pleasing” aromas.