The not so “Greek” Hummus 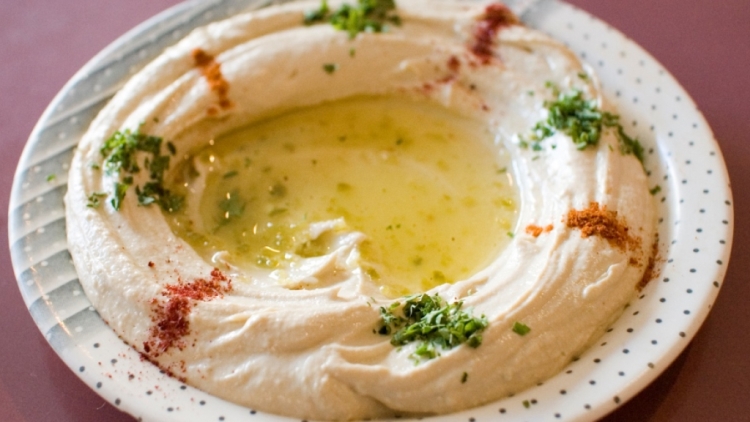 This may be a rude awakening for many to discover that Hummus is not Greek; it never was and will never be. It is as Greek as the “Greek” Danish Feta cheese…

From my research I found out that 99,5% of the Greek restaurants in the US have “Greek” hummus on the menu. For this reason I give you the following information to help you make the necessary adjustments to you menu!!!

Hummus is a Levantine and Egyptian food dip or spread made from cooked, mashed chickpeas blended with tahini, olive oil, lemon juice, salt and garlic. Today, it is popular throughout the Middle East (including Turkey), North Africa, and in Middle Eastern cuisine around the globe.

Hummus is an Arabic word meaning “chickpeas,” and the complete name of the prepared spread in Arabic is ḥummuṣ bi ṭaḥīna, which means “chickpeas with tahini”. Spellings of the word in English can be inconsistent. “Hummus” is the standard spelling in American English, while “houmous” is common in British English.

The earliest known recipes for a dish similar to hummus bi tahina are recorded in cookbooks published in Cairo in the 13th century. A cold purée of chickpeas with vinegar and pickled lemons with herbs, spices, and oil, no tahini or garlic, but it also contains many spices, herbs, and nuts.

By the end of the 20th century, hummus had emerged as part of the American culinary fabric. In 2008, more than 15 million Americans consumed hummus on a regular basis. Hummus became a popular staple in American restaurants with the Armenian migration from Lebanon to Southern California and the East Coast after the Lebanese Civil War (1975–1990). It was further popularized in the United States by Jews returning from visits in Israel and by Israeli expatriates.

So where is the Greek element? The choice is yours!!!

From The Greek Chef