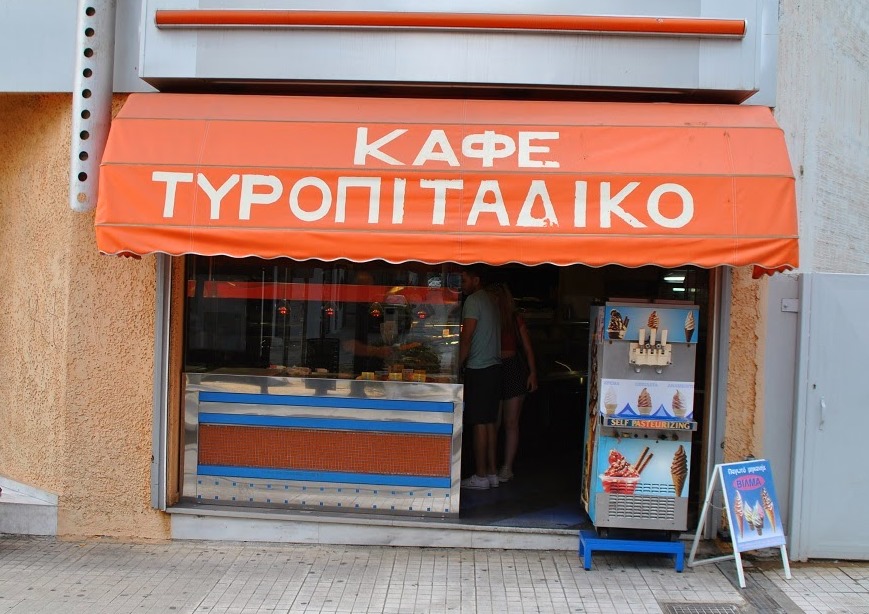 Greece ranks 15th among all the countries of the world, with 5,5 kg of annual coffee consumption per capita. But drinking coffee in Greece is not just a habit. It is a daily ritual that you can enjoy alone while reading a newspaper, with friends in a busy café, in the summer outdoors next to the sea, during winter in a cozy cafenio or on a road trip. Coffee breaks in Greece are serious affairs and last long. So long, that the best ideas were born over a table with some cups of coffee, some friends or colleagues and brainstorming. When one person wants to ask another one out they say “Would you like to go for a coffee?” (Pame yia kafe?)

For centuries Greek coffee was referred as Turkish coffee. The name officially changed after the invasion of Cyprus by the Turks in 1974. Unlike Turkish coffee Greek coffee does not use spices like cardamom and cloves in the making. You will find traditional Greek coffee shops everywhere in Greece. It’s the place of meetings especially with older men, where they discuss politics and soccer, play cards and watch sports on TV.

The frappé, an original Greek coffee was accidentally invented in 1957 at the International Trade Fair in the city of Thessaloniki in Greece. It took the country by storm and hasn’t let go since. The word “frappé” comes from the French word frapper which means to ‘hit’. However, when describing a drink, the word frappé means chilled. During the trade fair the representative of Nestlé Giannis Dritsas, was exhibiting a new chocolate beverage produced instantly by mixing it with milk and shaking it in a shaker. His employee couldn’t find any hot water in order to have his usual instant coffee during his break, so he improvised by blending the coffee with cold water and ice cubes in a shaker. Hence the creation of Frappé, which since then was established as one of the most popular drinks in Greece.

In the ’90s, influenced by international trends, Greeks started drinking espresso and cappuccino, both hot or cold (Fredo) .

Cheese pie or Tyropita: There is no conclusive evidence indicating where cheese-making originated, whether in Europe, Central Asia, the Middle East, or Sahara

Tiropita is usually a filling of cheeses and eggs.  It come in many shapes and sizes, and made with dough or phillo pastry and changes according to which region it comes from. Other ingredients can be added to the filling include: spinach, onions, leeks, mushrooms and herbs. They are sold in bakeries and coffee shops throughout Greece, as a popular breakfast and or snack item.

So next time you visit Greece do as the Greeks … start your day with a café and a hot crispy tyropita!!!