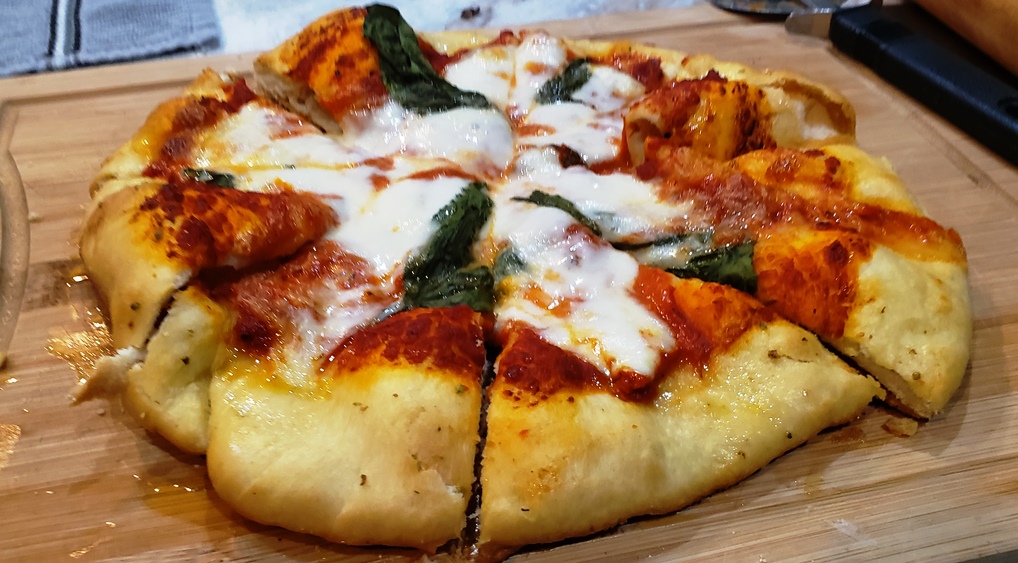 In my search for the origin of pizza I realized that there are many stories and articles written, many theories and myths. All agree that Pizza was made famous by the Italians and I will agree to this as well. When you get to read the historical facts you will then see that people have been putting toppings on flattened bread dough for thousands of years.

People have been eating a leavened flatbread made with olive oil, since the time of the ancient Greeks, Trojans, ancient Egyptians and Romans.

Also the Etruscans, who lived in northern Italy before the formation of the Roman Empire, between the 8th and 3rd century BC. Sometimes the focaccia was topped with cheeses, onions, garlic, and for the rich, pork.

The Ancient Greeks made plakous, a flatbread that was topped with herbs, onion, cheese and garlic.

The invention of modern-day pizza was spurred by the import of tomatoes from the Americas to Europe in the 16th century, around the year 1522. By the late 18th century it became common for poor people around Naples to add tomatoes to their yeast-based flatbread. Tomatoes were inexpensive and easy to prepare, so the modern pizza was invented as a way to feed the poor. Word spread of how delicious pizza was, and tourists flocked to the poor districts of Naples to try the varieties of the dish that had developed there.

The pizza that is popular in Italy is the Margherita pizza, of royal origin. Raffaele Esposito, who worked at the “Pizzeria di Pietro” established in 1880, is the inventor of margherita pizza, topped with green basil leaves, white mozzarella cheese, and flavorful red cherry tomatoes. The Pizzeria di Pietro became a very popular and widely known pizzeria, and in 1889, Raffaele was called to bake several varieties of pizza for the King and Queen of Italy, Umberto I and Margherita of Savoy. The one that Queen Margherita loved the most was accentuated in the green, white, and red colors of the Italian flag, and the pizza was named in her honor.

By the 19th century, pizza was widely sold on the streets of Naples, and people would eat pizza for all meals. Pizzerias became centers of socialization, where people could meet to eat, drink, and talk, much like bars are now. As the culinary tradition around pizza grew, more and more toppings were added. The pizza became one of the ultimate expressions of a chef’s creativity. The spread of pizza around the world can be accredited to two things: Italian immigration and World War 2.

In places like Boston and New York City in the late 19th century, Italian immigrants would walk the streets and sell pizzas in a metal washtub for two cents a slice. When this started catching on, cafes and grocery stores began hiring these street vendors to make pizza in-house, and pizzas were sold to customers of all backgrounds.

Pizzerias were popular in areas with a lot of Italians, but it took World War 2 for other countries to realize how great pizza is. Soldiers that were part of the Italian campaign tried the local food, loved it, and brought it home. Songs were written about pizza pie, and it was featured in cartoons. With the spread of pizza, new varieties of pizza were invented, and pizza became an important part of the chain restaurant and delivery trends.