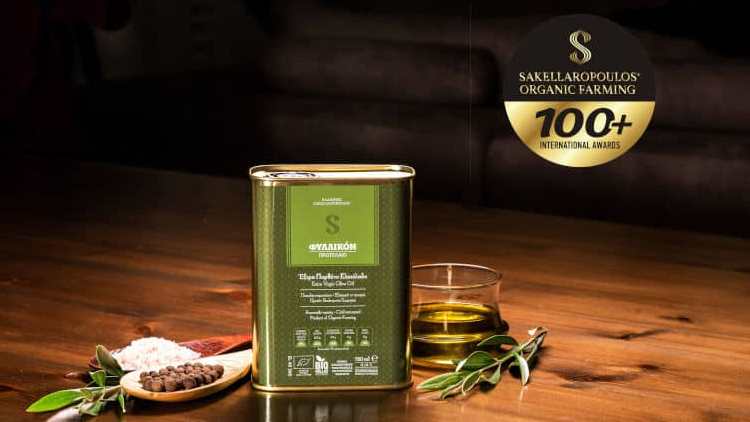 Sakellaropoulos Organic Farming, a Greek family business in Sparta, Laconia has become a legend in the world of olive oil production, managing to rack up an astonishing 100 awards for its organic products, including its olive oil. The family holds a record for this accomplishment, as it is the only Greek business which has managed to win such a large number of prizes and awards in an array of worldwide shows and competitions.

The latest distinction came recently from New York, where the Sakellaropoulos’ business won its 100th prize in the largest olive oil competition in the world, called ”NYIOOC 2019.” The Sakellaropoulos family business won the silver medal in this competition, between a total of 903 different olive oils, for its unique ”Agourelaeo,” a variety of green olive oil produced from unripe olives. The Sakellaropoulos family is a relative newcomer on the olive oil scene, only starting up its business in 1992; but they have successfully combined modern know-how with the millennia-old secrets of olive oil production in Greece.

Located between the impressive Taygetos and Parnonas Mountains, beneath the castle of Mystras, Sakellaropoulos’ grandfather cultivated the olive trees he planted himself, using only organic methods. Since 1992, the family business has pursued the simple goal of Sakellaropoulos’ grandfather: ”Create the best possible olives and olive oil… food that sustains and improves health,” as well as being tasty.

Olive oil is already well-known for its many healthy characteristics. A study currently underway at Harvard University, dubbed ”Feeding America’s Bravest,” intends to demonstrate the effect of the Mediterranean diet on firefighters in the USA using the Sakellaropoulos family’s healthy high-phenolic extra virgin olive oil. Still underway at the present time, the study seeks to reduce the risk of American firefighters’ deaths from heart attacks, which are in reality more of a threat to them than either burns or smoke inhalation. Associated with a reduced risk of cardiovascular disease, certain cancers, diabetes, cognitive decline, dementia, and depression, the traditional Mediterranean diet with extra virgin olive oil may aid in the prevention of those conditions.

The nation of Greece, and the Sakellaropoulos family in particular, can undoubtedly pride themselves in not only producing olive oil, but of producing what has proven to be the absolute best olive oil in the world. Last year, Sakellaropoulos Farms took first place in the highly-regarded EVOOWR 2018 competition with its ”Majestic Blend EVO” olive oil.